Education is crucial in preparing a student to become responsible adults who can help run the world sooner rather than later. From teachers to policemen, accountants, lawyers, doctors and nurses, they all received education in their youth to widen their knowledge and understanding of the world and where they fit in the equation.

But a lot has changed since the last time today’s adults were youth themselves. Technology was only used in big businesses back then and the closest an ordinary person has access to technology is in using home appliances. Today, even a toddler knows how to operate a smartphone. These modern-day contraptions were unheard of two decades ago, so it’s but fitting to wonder how popular ideas like social media affect student and their study habits. Is it helpful in terms of doing homework and research or does it make them lazy because all the answers can be found in just one search?

But times have changed. Students now know to keep their Facebook profiles spotless. Regular “Facebook cleanups” are a thing, with savvy high-school students conducting a precollege scrub to sanitize their various profiles.

Fear and anxiety — about being barred from college, getting kicked off a team or a sorority, being passed over for an internship or a job — are driving this vigilance on social media. The wrong post has the potential to go viral. So we have entered a new stage in the digital 21st century: the professionalization of social media. And that professionalization has led to a new phenomenon, especially among young people: the transformation of the self as brand. While that shift has been good in some ways, they, and we, have lost something in the evolution.

Our students are now some of the most responsible and self-aware users of social media. We — their professors, college and career counselors, mentors, coaches, and parents — have instilled fear in them about the high stakes of posting online, as I discovered in interviews with nearly 200 students at 13 colleges and universities, and from an online survey of more than 800 participants.

Students these days know how to protect their online reputation especially when it involves their personal accounts. One can easily lose a scholarship, internship, or get fired from a job because of careless comments or vulgar posts that a sensible and responsible soon-to-be adult or young adult should not make. It’s also the reason why many students also create a different account using a pseudonym to protect their reputation and at the same time enjoy full freedom of being able to let loose and show their true colors without worrying about its nasty repercussions.

What if I told you that social media is killing school? Though we don’t like to think about that, it’s slowly become more and more real.

What does an important research paper do compared to a powerful meme?
According to Word Stream, 81 percent of Millennials uses twitter at least once a day. 22 percent of the world’s population uses Facebook.  These are numbers that you just don’t see in higher education.

Imagine if we had our community of educated professors engaging the masses through memes, gifs, and clever tweets. Too often, they’re stuck in their offices, grading papers for students who don’t care about their grades.

The question now remains of how we should handle this transfer of social power. Should we fight the power that social media has given students or should we embrace it?

Nine out of ten teens have a social media account. If only they also go to school and finish college, then the world will definitely be a better place instead of having these young kids browsing the web all day and having a laugh or two on some senseless memes. These students already know how powerful social media is and there’s no point in telling them that. Almost all students also own a smartphone, so access to social networks aren’t an issue anymore as there is WiFi connection or a more pricey cellular data.

It is easy to see the negative aspects of social media because it is what’s always highlighted by adults and by the media. But like in business, social media can also help students learn more about these tech advancements and make doing research easier in aid of higher learning when used properly. Educators today are starting to realize this and take advantage of the benefits of social media in nurturing the young minds of the future leaders of our nation. 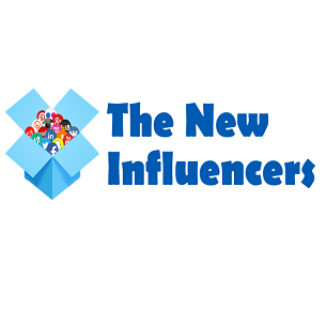 Get social and move the masses.